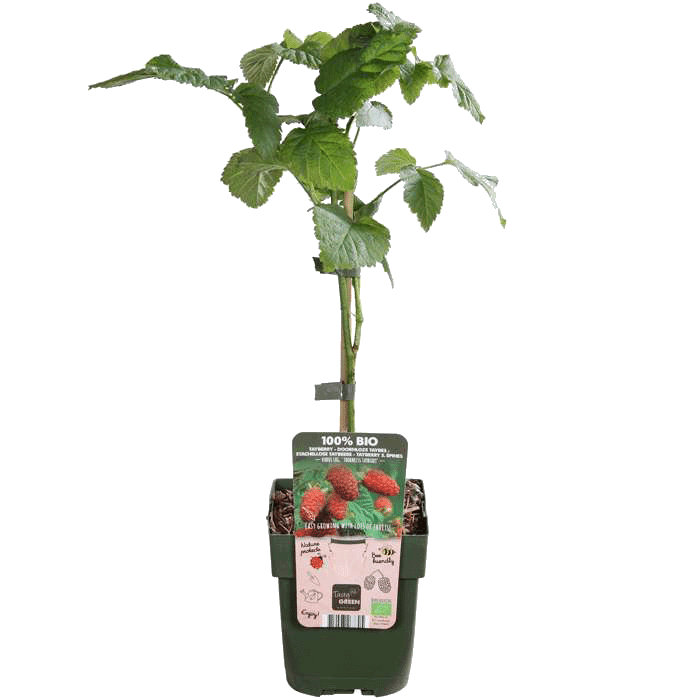 ‘Rubus Tayberry’ is a tayberry. The tayberry is a cross between the blackberry and raspberry. The large, deep-red fruits are twice the size of raspberries and have a sweet-sour flavour. Unlike the loganberry, the tayberry is sweeter. You can eat them straight from the hand, or use them for juice or garnish. The fruit cannot be found in regular fruit shops, which makes it extra nice to have in your garden. The white-pink flowers appear in June-July and are not sensitive to spring frosts. Harvest time is in August and September. The berry is named after the Scottish river Tay. It is wise to guide the plant well, as the branches are too weak by themselves to stay upright. Tie the branches to a climbing frame, wall or fence. The tayberry prefers a sunny spot in humus-rich soil. Prune the plant back considerably in autumn or early spring.